What Is Node and When Should I Use It? 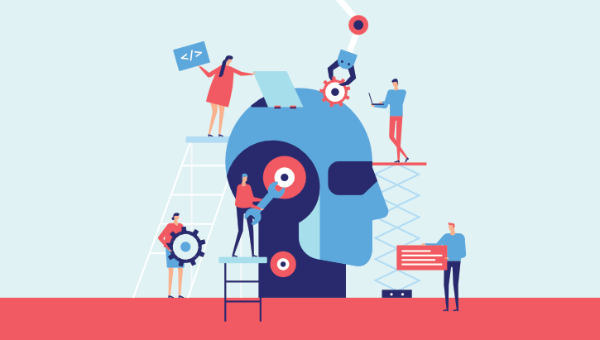 So you’ve heard of Node.js, but aren’t quite sure what it is or where it fits into your development workflow. Or maybe you’ve heard people singing Node’s praises and now you’re wondering if it’s something you need to learn. Perhaps you’re familiar with another back-end technology and want to find out what’s different about Node.

If that sounds like you, then keep reading. In this article, I’ll take a beginner-friendly, high-level look at Node.js and its main paradigms. I’ll examine Node’s main use cases, as well as the current state of the Node landscape, and offer you a wide range of jumping off points (for further reading) along the way.

Please note that, throughout the article, I’ll use “Node” and “Node.js” interchangeably.

There are plenty of definitions to be found online. Let’s take a look at a couple of the more popular ones. This is what the project’s home page has to say:

And this is what Stack Overflow has to offer:

Hmmm, “event-based”, “non-blocking”, “asynchronous I/O” — that’s quite a lot to digest in one go. So let’s approach this from a different angle and begin by focusing on the other detail that both descriptions mention — the V8 JavaScript engine.

The V8 engine is the open-source JavaScript engine that runs in Google Chrome and other Chromium-based web browsers, including Brave, Opera, and Vivaldi. It was designed with performance in mind and is responsible for compiling JavaScript directly to native machine code that your computer can execute.

However, when we say that Node is built on the V8 engine, we don’t mean that Node programs are executed in a browser. They aren’t. Rather, the creator of Node (Ryan Dahl) took the V8 engine and enhanced it with various features, such as a file system API, an HTTP library, and a number of operating system–related utility methods.

This means that Node.js is a program we can use to execute JavaScript on our computers. In other words, it’s a JavaScript runtime.

How Do I Install Node.js?

In this next section, we’ll install Node and write a couple of simple programs. We’ll also look at npm, a package manager that comes bundled with Node.

Many websites will recommend that you head to the official Node download page and grab the Node binaries for your system. While that works, I would suggest that you use a version manager instead. This is a program that allows you to install multiple versions of Node and switch between them at will. There are various advantages to using a version manager. For example, it negates potential permission issues when using Node with npm and lets you set a Node version on a per-project basis.

If you fancy going the version manager route, please consult our quick tip: Install Multiple Versions of Node.js using nvm. Otherwise, grab the correct binaries for your system from the link above and install those.

You can check that Node is installed on your system by opening a terminal and typing node -v. If all has gone well, you should see something like v12.14.1 displayed. This is the current LTS version at the time of writing.

Next, create a new file hello.js and copy in the following code:

This uses Node’s built-in console module to display a message in a terminal window. To run the example, enter the following command:

If Node.js is configured properly, “Hello, World!” will be displayed.

As can be seen on this compatibility table, Node has excellent support for ECMAScript 2015 (ES6) and beyond. As you’re only targeting one runtime (a specific version of the V8 engine), this means that you can write your JavaScript using the latest and most modern syntax. It also means that you don’t generally have to worry about compatibility issues — as you would if you were writing JavaScript that would run in different browsers.

To illustrate the point, here’s a second program that makes use of several modern JavaScript features, such as tagged template literals, object destructuring and Array.prototype.flatMap():

Save this code to a file called index.js and run it from your terminal using the command node index.js. You should see Brendan Eich is the creator of JavaScript! ┌(˘⌣˘)ʃ output to the terminal.

As I mentioned earlier, Node comes bundled with a package manager called npm. To check which version you have installed on your system, type npm -v.

In addition to being the package manager for JavaScript, npm is also the world’s largest software registry. There are over 1,000,000 packages of JavaScript code available to download, with billions of downloads per week. Let’s take a quick look at how we would use npm to install a package.

Open your terminal and type the following:

This will install the jshint package globally on your system. We can use it to lint the index.js file from the previous example:

You should now see a number of ES6-related errors. If you want to fix them up, add /* jshint esversion: 6 */ to the top of the index.js file, re-run the command and linting should pass.

If you’d like a refresher on linting, see A Comparison of JavaScript Linting Tools.

The post What Is Node and When Should I Use It? appeared first on SitePoint.